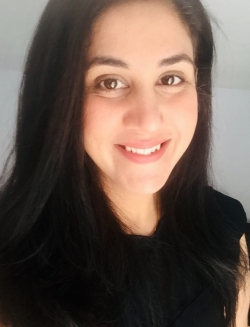 Prinkle is an assistant professor in the information security and digital forensics department at University at Albany - State University of New York. Dr Sharma received a PhD (May 2020) in computer engineering from the University of Massachusetts Dartmouth, specialized in cybersecurity networks and artificial intelligence. Since 2015 she has been working on securing wireless communications in autonomous vehicles by applying artificial intelligence and has conducted extensive research on detecting security vulnerabilities in automotive systems. Her work on connected vehicle safety was featured in IEEE Xplore Innovation Spotlight in 2018. Her research interest lies in network security, artificial intelligence, human-computer interaction and machine learning.

Toward the AI-based forensics analysis protocol for self-driving vehicles

Self-driving cars, a.k.a. connected and autonomous vehicles (CAV), drive future mobility and transportation featuring safety, reliability, efficiency and conviviality. With little or no human involvement, robot cars perform mundane tasks such as localization/mapping and movement planning by sensing the environment and making decisions collaboratively. These systems maintain records of the data received from their sensors to make decisions while driving on road. Such proliferation of data opens possibilities of scenarios where attackers can hack into the system with unrestricted access to the internal network of the vehicle and perform malicious acts. In this talk, we will learn about a forensic investigation protocol developed for autonomous vehicles, specifically to investigate if there was an attack that targeted the vehicle sensors.