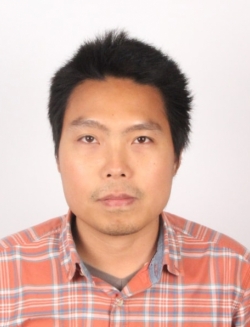 Dr Duong-Van Nguyen is the ADAS department manager at Panasonic Automotive Europe. From 2015 until April 2017, he worked as the tech lead at Paseu ADAS. From 2013 until 2015, he worked at Valeo as a senior vision research engineer. Dr Nguyen received his PhD in Robotics at the University of Siegen, Germany in 2013. He has served as an organiser, session chair, editorial/advisory/reviewer/programme committee member for a number of journals (IEEE RAS, Elsevier RAS, MPDI Sensor, IEEE ITS trans., etc.) and conferences (IV, ICRA, IROS, ICIP, ITS, etc.). Dr Nguyen's research of interest includes robotics, computer vision, sensor fusion and machine learning. Dr Nguyen has published one book, one book chapter, three top-tier journals, 18 conferences and 11 patents. He is a member of IEEE Automotive Standard P2020, and a member of European ITS.

The presentation will discuss the gap between current ADAS systems and expected ADAS and AD systems; technologies to enable 3D sensing using low-cost sensors by available ADAS ECU; advanced sensor fusion to compensate the deficiencies of one system with the abilities of others. It will also introduce a world-first L4 parking system that uses low-cost sensors.