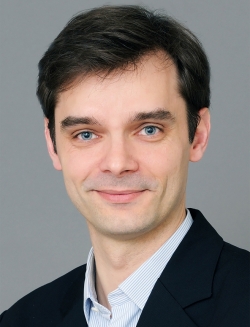 Nicolas graduated in 2000 from Mines-ParisTech, where he majored in robotics. He worked as an engineer in the research, defense and nuclear energy industries and in 2001 joined Intempora, which had just been created based on works initially developed at the Center of Robotics of Mines-ParisTech. He has been CTO since 2002, leading the development team and participating in projects such as the DARPA Urban Challenge with INRIA in 2007. He was appointed CEO in 2012.

In just a few years, software has become a major keystone strategy for the automotive industry. The industry has realized that automated driving development is way more complex than initially expected and still represents a serious challenge in terms of performance and safety. This talk will explain how a data-driven development approach and a well-designed software framework can help speed up the development steps of autonomous vehicles with unprecedented performance, from the early stages of prototyping to testing, validating and deploying production-grade software, allowing developers to fill the gap from the code to the road.